In 1981 I graduated from nursing school and as most, my first job was in a hospital, and to make it worse I had to start off on the midnight shift. Through out my several years in my hospital stint Hospice was mentioned several times for some patients. I did not work on the oncology floor so I was not very familiar with Hospice. It was always my opinion that Hospice was just like every other nursing agency out there and getting paid by Medicare so to me there was nothing special. I even shared this opinion with other staff members at the local hospital I worked at.

I moved on from hospital nursing and ended up working rehab on the head trauma unit and if they made it to me there they were past the stage of Hospice and home health would be fine when they were discharged home.

From the Rehab hospital I progressed to working at Urgent care clinics and we never dealt with home health. From there I worked in several MD’s offices and had consulted Hospice a few times, but I still held the same opinion, they are just another home health agency! I just could not understand people making donations to this agency, etc. after some one passed.

Well then it became my turn. My father had been terminal with a blood cancer disorder and his Doctor called in Hospice. When they first got there and were doing paperwork I thought yeah yeah, talk your smack and leave! I think within 2 days we had seen a RN, a nurses aide, and a social worker. As I sat and listened, and started getting a little emotional, a felt a warm hand on me and a caring look from the nurse. She then sat me down and asked me what I needed and the family to get through this. That they were not only there for my Father, but were also there for the family.

In order to hear my Father when he needed anything we had put baby monitors in his bedroom. When the nurses were there we heard them, when the aide was there to bath him, we could hear them and the aide would sing to him and pray with him when he requested and she even went to the store and bought him some special lavender soap she thought would relax him. All the while, they were also catering to our emotional needs. When we could tell it getting close to my Father’s time to pass we called the nurse and I recall it was a Sunday. She immediately stopped what she was doing and came to the house to be with us all. She stood with all of us around his bed in prayer when he passed.

At this point the nurse asked us all to leave the room so she could clean him up and get him ready for the funeral home. She then sat with us and would not leave until the funeral home showed up for my Father. I have to say this was the middle of the night and it was several hours. At this point she was our nurse! She cared for us and comforted each of us as needed. Once the funeral home came she cleaned up the room and removed tell tale signs that someone had recently passed and would not leave the home until we were all OK.

A few days after my Dad’s passing, a social worker from Hospice showed up at the house unannounced to check on us and got all our names and addresses. Shortly thereafter I got a beautiful letter in the mail from her about passing on. I thought that was a nice touch.

Well about 5 years later my Mom took ill and once again  hospice near orange county Hospice came in. We only had them for 4 days as my Mom passed quickly. Once again the staff was wonderful. The nurse showed up in the middle of the night again and waited with us as Mom gently took her last breath, smiled and passed. If a death can be beautiful, this was it. Peaceful for my Mom and surrounded with family.

I have to admit now after these several experiences with Hospice that they are top notch and are NOT like other nursing agencies. These people are angels and went above and beyond taking care of the needs of patient and family. They were never in a rush and always had a warmth about them and now this nurse thinks that there are no better, more compassionate, or dedicated as the Hospice nurses. I am so impressed with Hospice and my opinions have definitely changed. If you are ever in need of Hospice care do not hesitate to take it. They are special and will make things on the entire family better and more peaceful.

Printing services provided by a lot of providers vary in distinctive strategies. There is indeed a variety of printing solutions that use the most advanced technology. The person have to 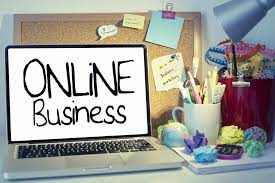